The only buck I saw this morning was a spike, but I was able to line up the sights of my 32-40 on a doe. Distance was only about 25 yards, but the old 32-40 did about as well as anything. 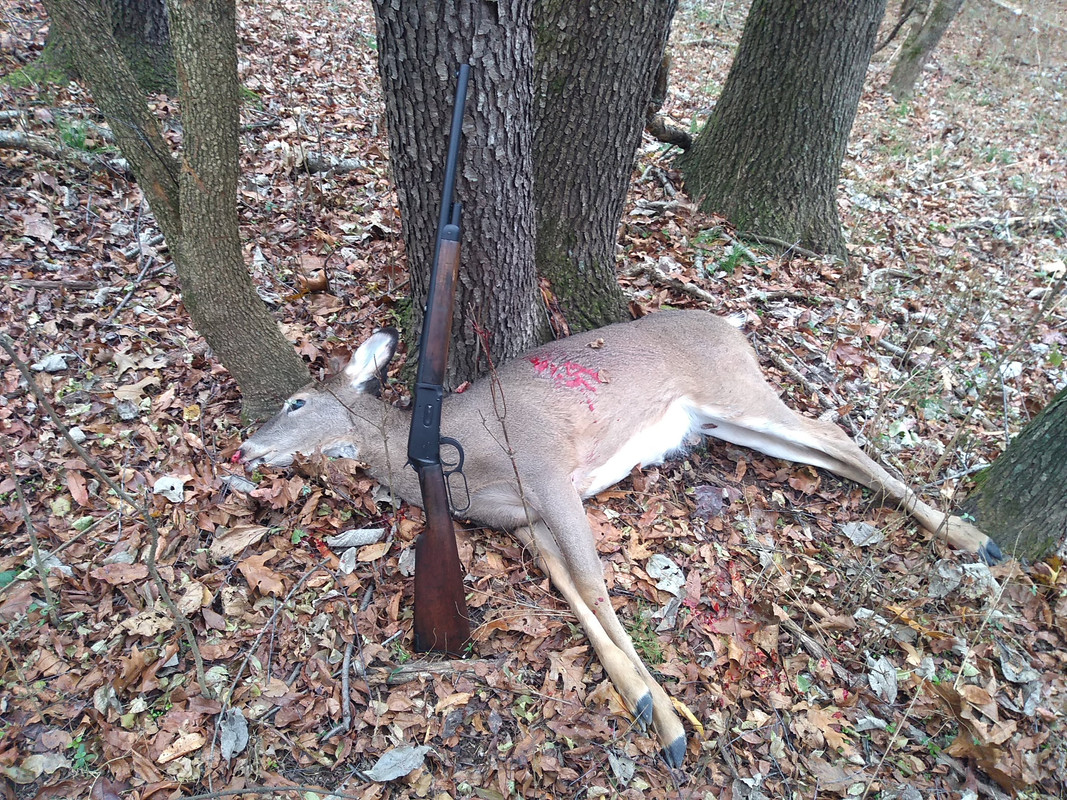 The rifle dates to 1921 according to an online serial number chart, so its closing in on 100 years old! Crescent butt, half mag, originally had a 26" barrel I think but had been cut down to 21" (fine with me). The gun had a pretty rough life, but I got it back in working order and it shoots really well.

I year or so ago, i had Hawk make me a batch of bullets for this gun. 165 grain, with a little thinner jacket than the bullet they make for the 32 special. They even put a cannelure in the correct position for me. Great folks at Hawk and awesome bullets. Highly recommend. This summer I worked a load up with 3031 that shoots about 1900 fps, and is plenty accurate. here are some pics.

loaded round - you can see the one empty in the foam block that accounted for the doe. plenty more loaded and ready to go 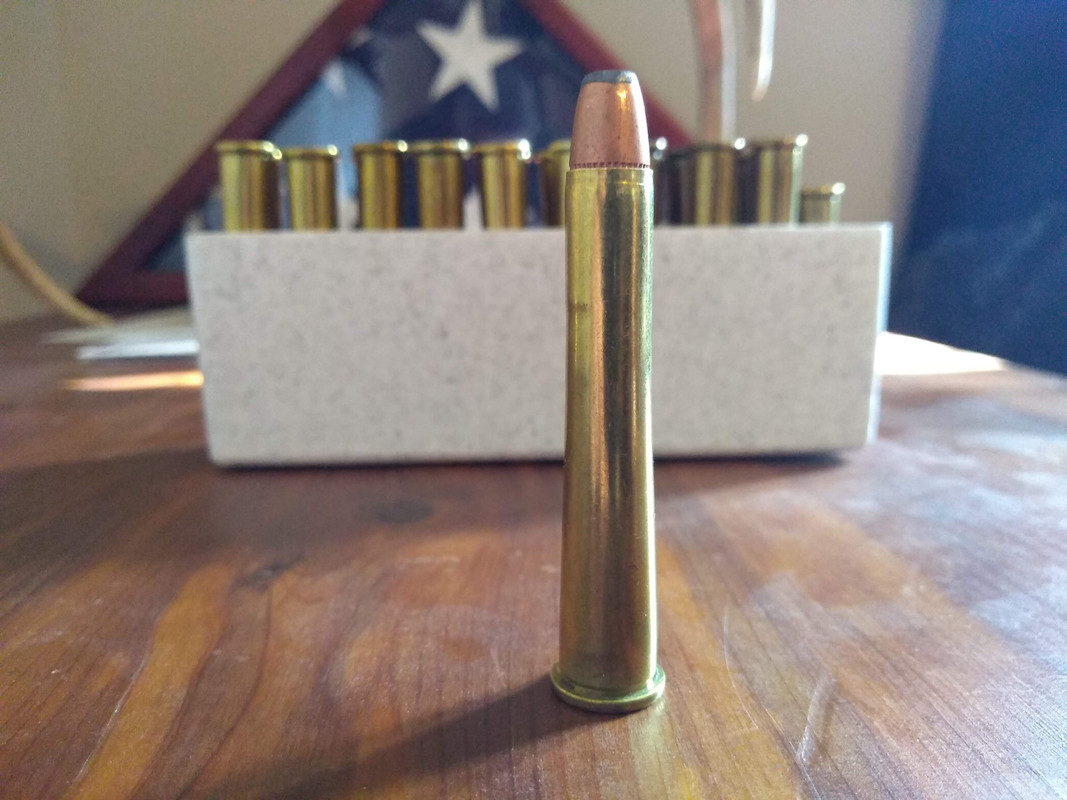 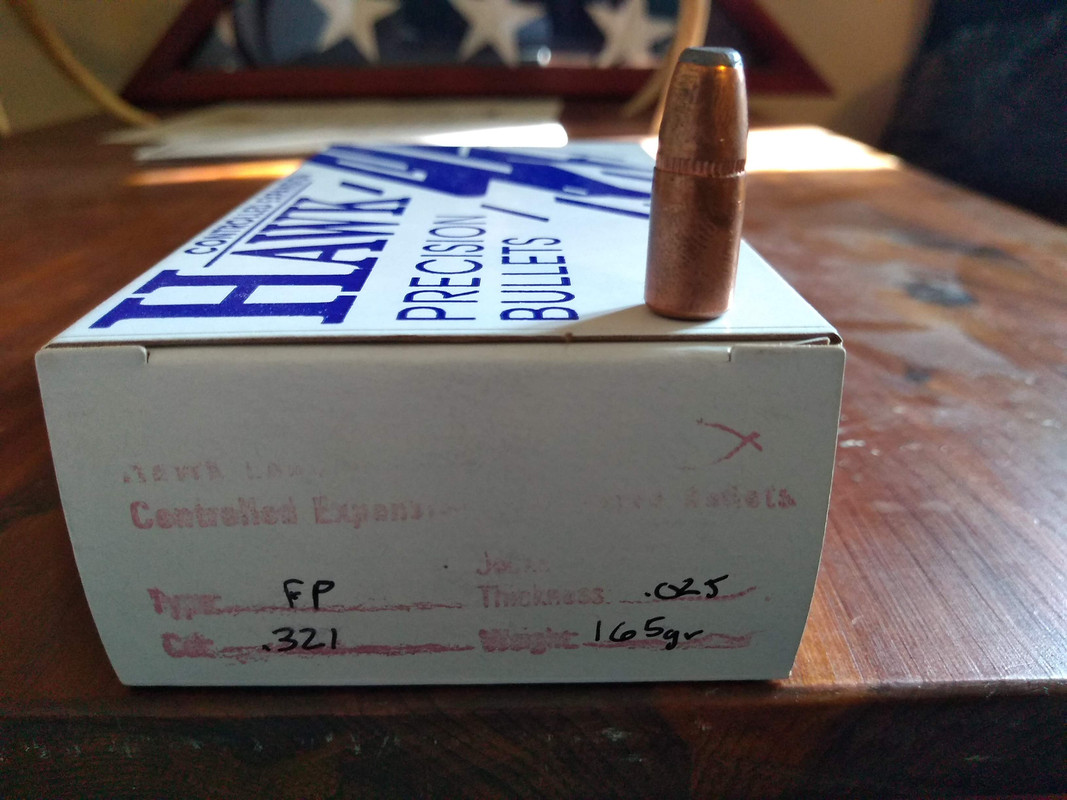 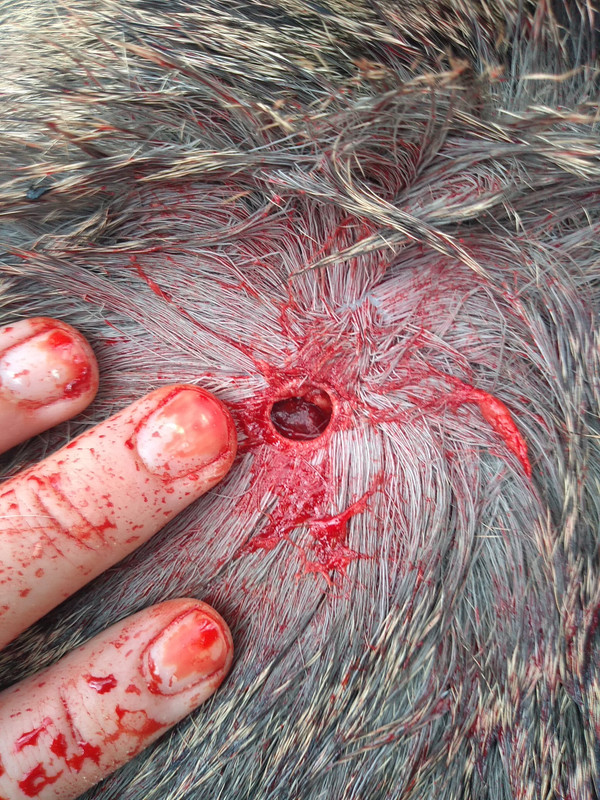 here is the exit. MUCH bigger! and her shoulder was all loosey goosey. I think that bullet did quite a number in there 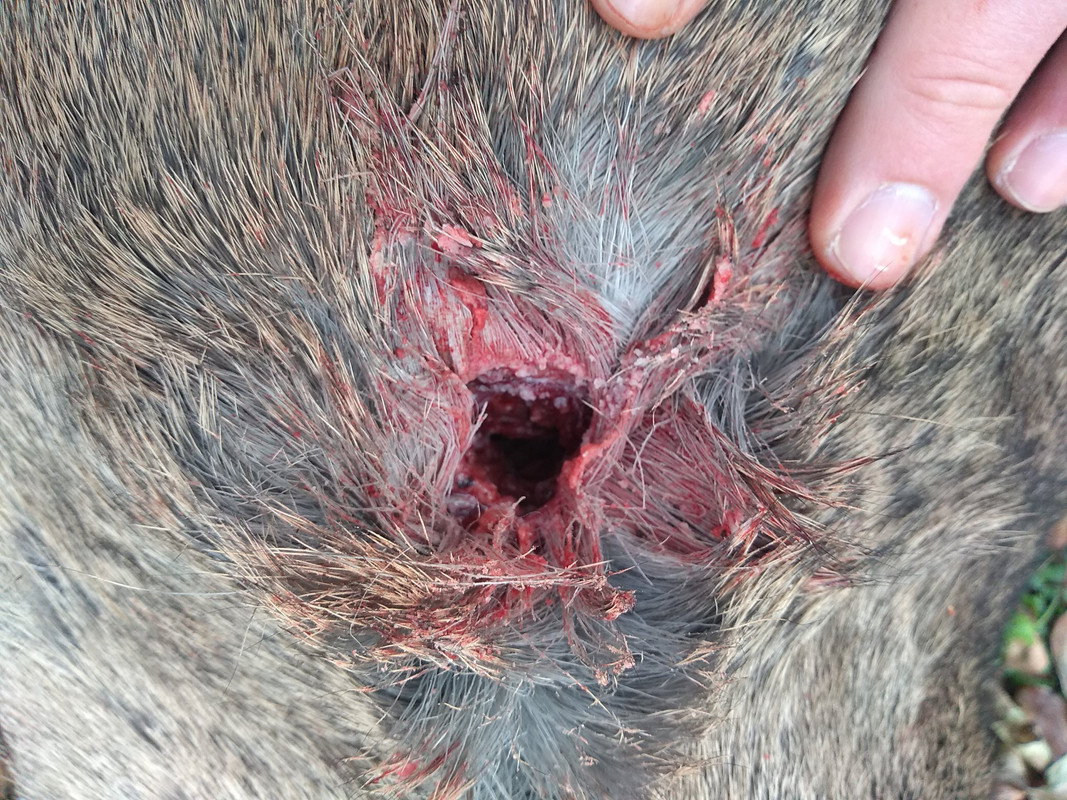 pretty big hole in the lung 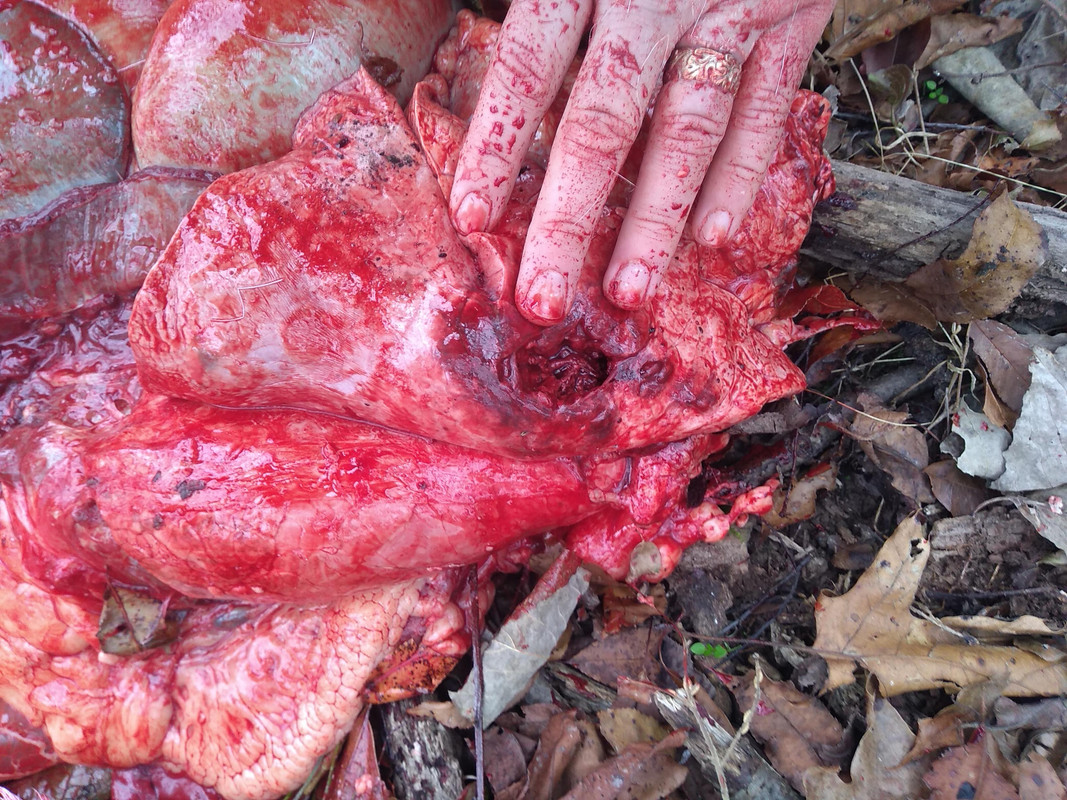 I certainly wouldn't hesitate to take this gun and load back hunting!!!

Its really fun getting old guns back shooting and bringing home meat like they were meant to !!
Top

Awesome All around ! and Great that Hawk worked with you on the bullets. sure did the job.

Great to hear about Hawk working with you. A lot of innovations in our hobby has come about because manufacturers listening and working with hunters and hand loaders.

Nice! The 32-40 is a scarce item up here. Just don't see many. I have one early 1894 octagon rifle. I've only had one other, a carbine, that I passed along.
It's a neat old cartridge.
Congratulations on your success.
Listen.......you can hear George Orwell laughing.
Top

SO, mouth watering scenery there, and a great load for a great rifle... Well Done !
Top

That bullet and 1900fps is perfect

Because I wish I could!
Top

From his weapons on the open road no man should step one pace away, you don't know for certain when you're out on the road when you might have need of your spear.
Havamal ( Viking collection of common sense )
Top

Nice!
D. Brian Casady
Quid Llatine Dictum Sit, Altum Viditur.
Advanced is being able to do the basics while your leg is on fire---Bill Jeans
Don't ever take a fence down until you know why it was put up---Robert Frost
Top
Post Reply
9 posts • Page 1 of 1