Howdy all, Haven't checked in for a while.

The Red Deer rut has come to a halt here in New Zealand. I was only able to get out once for a few days, my wife is playing the lead in "The King and I" at a local theatre, and has a very rigorous rehearsal schedule, so I'm doing a lot of child minding presently.

Managed to bag a scrubby four pointer with that most American of calibers, the 30-06, in my Husqvarna 1600.

It was an exciting hunt. The stags weren't roaring readily, but would answer a roar every now and then. They were holed up, not yet that invested in the rut that they'd come charging in aggressively. This one was down across a bush-clad valley, replying to our roars but not moving. My buddy hung back roaring intermittently while I stalked in, so that I could locate him. Got within I'd estimate 30m, so close that I could only move while he was roaring to prevent any noise and detection. I was waiting for the next roar that would mask my sound so that I could go in and seal the deal, however when the next one came it was much further away - maybe 100m or more. He wasn't keen on a fight and was leaving his pad. I was able to repeat the process, and 10 minutes later with near to him again. I crept forwards to where I though he'd be, and could see a shape silhouetted by the early morning sunrise. Was it him? Looking through the scope, I could make out the red shade of his ear, as the sunlight shone through it. I couldn't see any antler, was this a hind? Then he let out an almighty roar, prickling my skin. The crosshairs found his shoulder, and a single shot put him down. 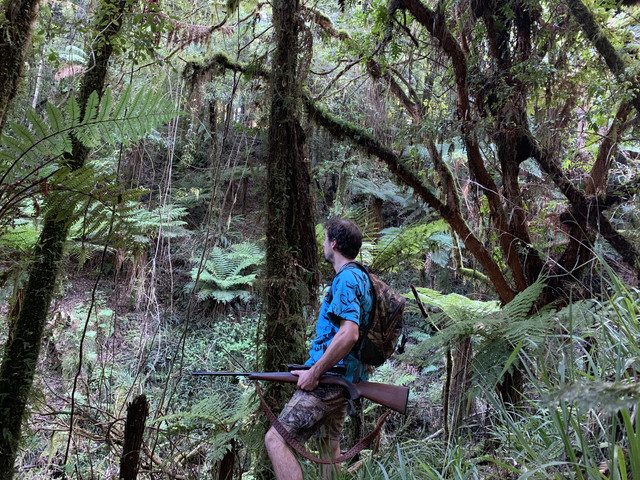 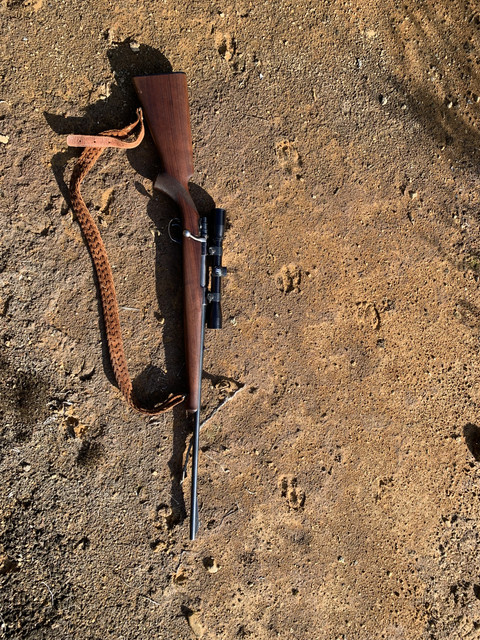 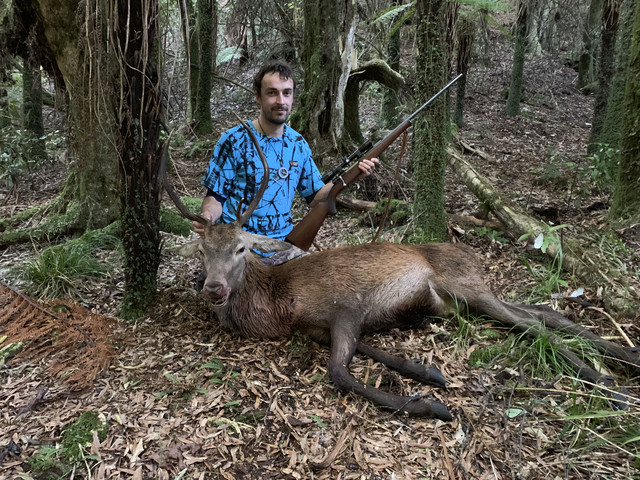 Next time though, you gotz to use an under-lever instead of a side-lever....

On a side note... I'm coming down again for the America's Cup in 2021, and am wondering when the season opens for red deer? Have to file for my NZ passport, and learn about regs etc, where online can I find out details?
Griff,
SASS/CMSA #93
NRA Patron
GUSA #93

There is a fine line between hobby & obsession!
AND... I'm over it!!
No I ain't ready, but let's do it anyway!
Top

86'er, other friends and I are going for reds and hogs next weekend. With luck, I will post pix.

I plan to use my Simson .405 double and am prepared for the good natured teasing about not using my 1895 .405 which is enjoying some much deserved rest in the safe.

Impressive and good photos.
It is not the critic who counts
Top
Post Reply
7 posts • Page 1 of 1