OT- Chamber Casting On The Cheap

OT- Chamber Casting On The Cheap

A friend has an old 1885 Winchester High Wall that was originall a 38-55, but someone in the past has relined to a centerfire .22 caliber and the new caliber is not marked anywhere on the rifle. I decided to make a chamber cast to find out what it was.

Ordinarily you would use Cerrosafe, a metallic substance that melts at the temperature of boiling water and is designed for the job of chamber casting. But if you don't have any Cerrosafe, wax can make a cheap substitute if done carefully. In this case I used refined beeswax.

Here you see a picture of the muzzle showing the .22 liner that was epoxied into the barrel: 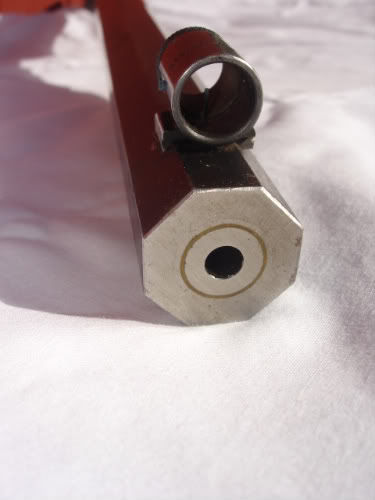 I started by giving the breech area and bore a good cleaning. Then everything was given a light coat of oil, : 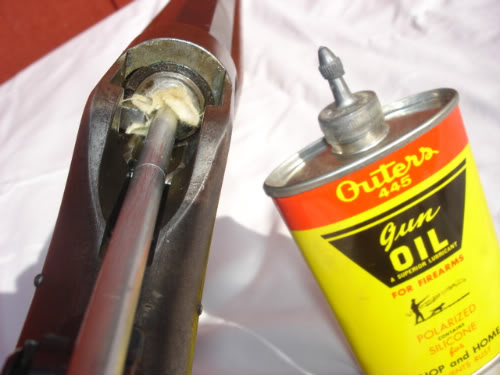 I needed a tight oiled patch placed in the bore just ahead of the chamber. I first closed the breech block, ran a rod down the muzzle to determine overall bore length, then backed the rod out enough to clear the chamber and marked the rod with a piece of tape. The patch was then run in from the muzzle, stopping the rod at the tape mark. I did it this way because it presents a smoother surface for the wax to stop against as opposed to a patch run in from the breech, but I suppose it really doesn't matter much how it gets in there as long as it is there! 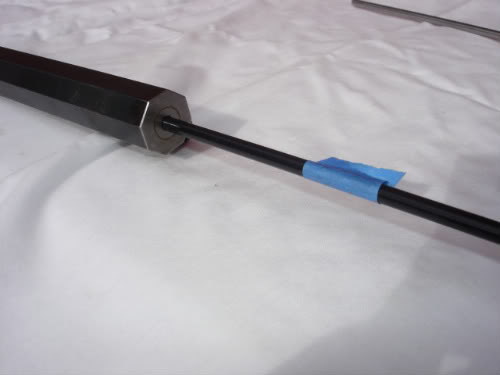 Next I used some automotive body caulking to build a dam around the bore breech so as not to get wax into the action: 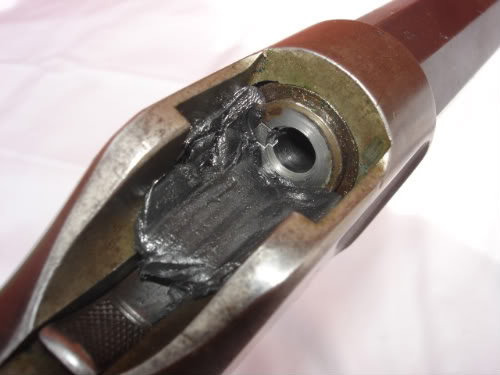 I used an old metal cigar tube cut at an angle and pinched to form a pouring spout for the melted beeswax. A Vicegrip was used to handle the hot tube: 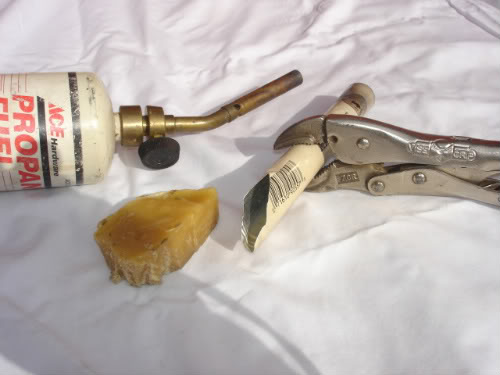 Here you see the rifle clamped barrel down in a vice with the action tilted slightly uphill to let any wax that overflows go away from the action: 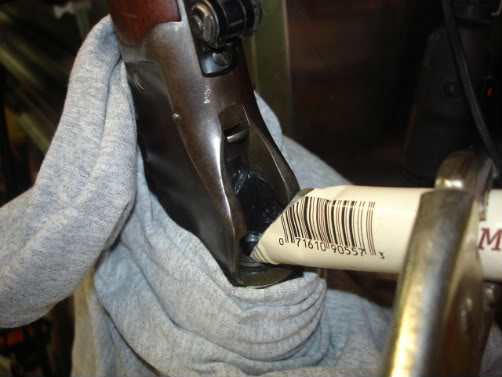 Now the wax has been poured. It will shrink and pull down into the chamber slightly as it is poured, so I keep dribbling in hot wax until it overflows slightly: 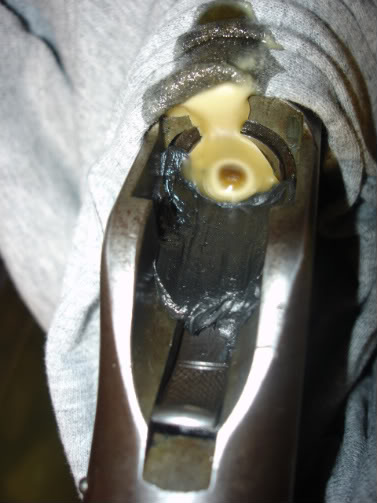 While I waited a half hour or so for the beeswax to completely harden, I cleaned up the overflow and removed the caulking from the action area: 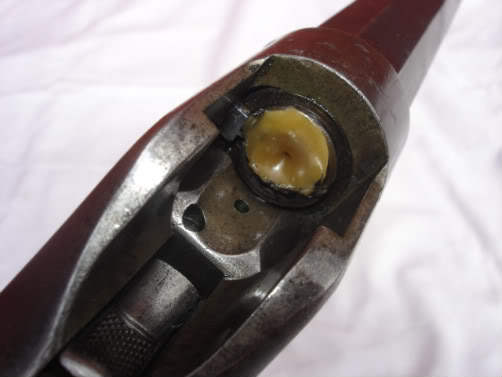 Lastly, the cleaning rod was run down the muzzle and the casting pushed out: 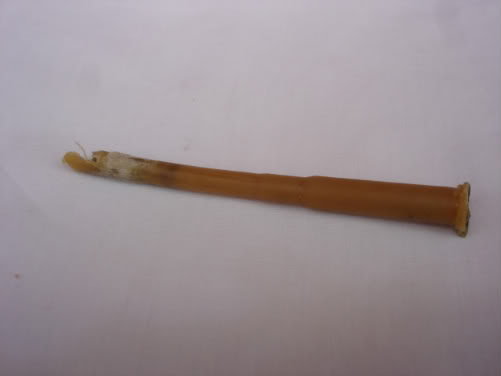 Using a caliper to check dimensions, and referring to the book "Cartridges of the World", I determined that the rifle appears to be a R-2 Lovell, a famous old wildcat caliber designed in 1937 and based on the 25-20 Single Shot case. I know a fellow who has a rifle in that caliber, so the next step is to borrow a round from him and see if it fits.

This wax chamber casting method will get you by in a pinch, but having used Cerrosafe in the past, I think it does a much better job, and the Cerrosafe casting does not require the delicate handling that a wax casting does. Still, I found out what I needed to know, and it was kind of fun going through the process!

Nicely, nicely done. Yes, if you want exact dimensions, cerrosafe is the way to go, but your method got you the info you wanted.

Thank you for the time to post the pictures. Someone down the line will have the same problem as you and remember this.

Let us know how that round does appear to fit (or not!) the chamber.

I need to do a chamber casting for my 35.303 so I can have a custom Cast Bullet mould made for it. Gotta save the money first. Last week when I was investigating a cheap alternative to Cerrosafe I discovered on another forum a timely post that common old Sulpher can be melted and used to Cast chambers with. Here's a link http://forums.nitroexpress.com/showflat ... Post179834

Thanks for this tip shasta

Looking forward to the follow-up on this report to see if you pegged the cartridge right, right off the bat!

In response to those who asked, I finally was able to get with my friend who has a .22 R-2 Lovell and borrow a couple rounds from him to test in this rifle I had done a chamber cast on. They fit perfectly and I even fired one round. The rifle is indeed a .22 R-2 Lovell. My cheap chamber cast worked!

Thanks much for this tip, Shasta. I've tucked this idea away in the brainpan in case I need to figure out "what is it?" sometime myself. And I've always got beeswax available, unlike some other substances. Yep, real handy technique.
The greatest patriot...
is he who heals the most gullies. Patrick Henry
Top
Post Reply
7 posts • Page 1 of 1